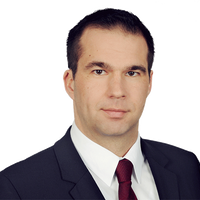 Standard-essential patents (SEPs) are already today subject of many legal disputes, mainly in the area of telecommunication. Numerous companies continually try to exploit the value of its SEPs, which is artificially gained through the implementation in a standard, by requesting unfair, unreasonable or discriminatory royalties from companies developing standard-compliant devices.

With the increasing relevance of the internet of things, the core of which is interoperability of devices, these disputes threaten to expand to other commercial areas such as vehicles or consumer electronics. To prevent this, calls for fairer, more open and transparent SEP licensing have become much louder in the recent past. One initiative in this regard is the Fair Standards Alliance, the Chairman of which, Robert Pocknell, summarized his concerns about the current SEP situation in an article in the Financial Times published on 7 August 2017.

The calls appear to have finally been heard by the European Commission, which is currently working on a framework for FRAND licensing of SEPs in form of a communication. While in its roadmap published in April 2017 the European Commission aimed to issue the communication in the second quarter of 2017, we recently learned that it will be delayed towards the end of 2017. The communication is eagerly awaited by the industry, with hopes that it will provide clearer guidelines for SEP licensing.

At the heart of making the internet of things a reality for millions of consumers worldwide, including across Europe, is the question of just how companies — both large and small — have access to standard essential patents (SEPs) on fair, reasonable and non-discriminatory terms. These are the thousands of patented inventions that are needed across all internet of things devices to ensure their interoperability; or, put more simply, that the devices speak to one another.