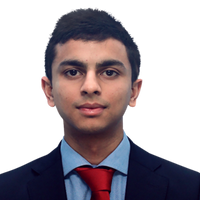 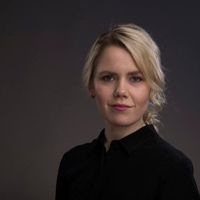 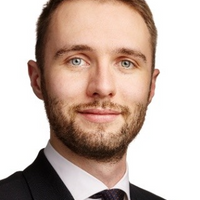 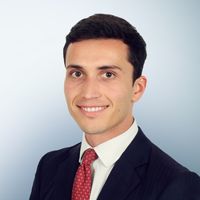 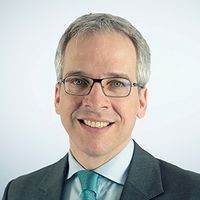 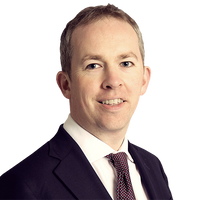 'The hostility we encountered from the beginning of the process was really quite shocking,' the CEO of Seedrs told The Times after his company's proposed merger with a competing equity crowd funding firm was blocked by the UK Competition and Markets Authority (CMA) last month.

The CMA’s decision to block the Crowdcube/Seedrs merger followed hot on the heels of the Kalifa review of UK fintech, which was commissioned by the Treasury and made critical comments about the CMA’s policy towards fintech transactions: 'the CMA must adapt its approach to this complex sector in order to better balance competition and growth. There is a case for more flexibility […] Some consolidation will therefore be critical in facilitating the growth that UK fintechs need in order to become global champions. The CMA’s mandate must reflect these market dynamics'.

Recent high-profile merger investigations by the CMA, European Commission (EC) and US antitrust agencies indicate that a high degree of scrutiny in the fintech space is here to stay. Looking at the CMA alone, five fintech transactions have been subject to an in-depth (Phase 2) investigation in only the last three years – Experian/Clearscore, PayPal/iZettle, Bottomline/Experian, FNZ/GBST and Crowdcube/Seedrs. Over half of these transactions were prohibited by the CMA or abandoned by the CMA after adverse provisional findings.

We consider below the key merger control issues arising in fintech transactions and how to manage these deal risks.

Greater uncertainty around the authorities that may investigate a fintech transaction

While the UK has a voluntary merger control regime, the CMA has been taking an increasingly flexible approach to establishing jurisdiction through the use of its flexible ‘share of supply’ test. This allows the CMA to assert jurisdiction where the merging parties supply or acquire at least 25 per cent of any goods or services in the UK (or a substantial part of it), and where the transaction results in an increment to the share of supply or acquisition.

The CMA can have regard to ‘any reasonable description’ of a set of goods or services based on any criterion. For example, in Mastercard/Nets, the CMA based this on the number of ‘credible’ suppliers participating in a tender. This means a fintech transaction could be caught even in circumstances where the fintech is small and has limited (or no tangible) UK presence or nexus.

Similarly, the EC has adopted a change in policy to encourage and accept referral requests from member states even where transactions do not meet the national merger control thresholds of the referring member states. The EC has published guidance indicating that the focus of this change in policy will be reviewing transactions where the turnover of one of the parties 'does not reflect its actual or future competitive potential' (eg a start-up or recent entrant with significant competitive potential or an important innovator). Given the EC’s considerable discretion in encouraging and accepting referral requests, this change will make it more difficult to assess whether fintech transactions may ultimately be subject to a merger investigation in the EU.

There are a range of practical steps that parties can take to reduce these uncertainties, including:

When incumbent firms acquire emerging or disruptive players, authorities are increasingly taking a sceptical view that the underlying aim of the acquisition is to prevent the emergence of a future rival and that this will stifle innovation. For example:

Authorities will look closely at valuation models to understand the acquirer’s expectations of the target’s future trajectory and the competitive landscape post-transaction. Where the transaction value greatly exceeds the target’s revenues, parties can expect competition authorities to pore over their financial models to understand where this high valuation is coming from (and if it is potentially motivated by a reduction in competitive pressure or worse consumer outcomes).

Internal documents continue to be a vital source of evidence to assess forward-looking theories around potential competition, so parties should be mindful that authorities will place significant weight on their contents. However, ‘clean’ internal documents are not a get-out-of-jail-free card. The CMA’s updated merger assessment guidelines indicate that it will take a broad approach to assessing whether a transaction leads to a loss of future or dynamic competition. Even where the parties do not have explicit entry and expansion plans, the CMA may assess the parties’ theoretical incentives to enter and expand absent the transaction. Parties will therefore also need to focus on developing and rebutting economic evidence around theoretical incentives.

Market definition is an important battleground

When faced with disruptive services or nascent markets, authorities can be inclined to adopt a narrow market definition that encompasses only the fintech product and not other traditional (or developing) financial services. This can result in artificially high market shares, increasing the risk of an in-depth merger investigation.

This has been a key battleground in the FNZ/GBST merger, which was blocked by the CMA, appealed to the Competition Appeal Tribunal and then remitted back to the CMA for re-consideration. Similarly, in Crowdcube/Seedrs, the CMA refused to include more traditional ways of raising equity finance in the market definition, which resulting in the merging parties’ combined market share being close to 100 per cent. To define the relevant market, authorities will often place substantial weight on internal documents, customer views and evidence of head-to-head competition with rivals.

In dynamic markets, merging parties may seek to advance arguments that new entry and expansion by rivals will prevent any competition concerns from materialising. Recent cases illustrate that competition authorities are reluctant to accept such arguments and will typically place limited weight on the constraint posed by anticipated entrants, growing rivals or alternative business models/product propositions. To persuade authorities to take a different approach, strong evidence is needed to show that entry and expansion is timely, likely and sufficiently material.

An alternative view of the world – assessing complex 'counterfactuals'

However, in recent fintech deals, the CMA has shown a greater interest in considering alternative counterfactuals, in particular:

The CMA’s approach in Adevinta/eBay illustrates how the auction process run by the seller can impact the counterfactual analysis – it also raises challenges for purchasers given there is often limited visibility around other bidders and the seller’s decision-making process. Parties should therefore consider carefully how to plan for alternative counterfactual scenarios.

Factoring in the role of data

Authorities are increasingly assessing whether access to data is a barrier to entry in digital markets. Parties can expect authorities to consider novel data-related theories in fintech deals, including whether data from the fintech provider could enable the acquirer to cement its market position (or more readily expand into related markets) and whether restrictions on accessing data held by the combined business could stifle nascent players. These types of theories have been explored in a number of recent high-profile deals, such as LSEG/Refinitiv.

Parties should consider data-related issues as part of the risk assessment and, where appropriate, map out possible remedies to resolve any concerns. Certain authorities have shown a greater willingness to consider data silos, data access and interoperability-type remedies instead of divestment remedies, while others (such as the CMA, the Federal Cartel Office in Germany and Australian Competition and Consumer Commission) have publicly signalled a policy stance in favour of divestment remedies.

How to mitigate merger control risks in fintech transactions

Underpinning many of the above issues is the importance of a pro-competitive deal rationale that is supported by internal documents, deal valuation and planned synergies. This should be carefully considered and documented at the outset of a deal, often in close co-ordination with legal and financial advisers.

Careful and considered engagement with competition authorities is also essential to successful deal execution. That way, parties can start on the front foot when discussing market definition, potential competition, counterfactuals, the role of data and the pro-competitive nature of the deal with authorities.

Finally, for certain deals, parties should consider possible remedies at the outset – not only to determine whether they would be commercially acceptable, but also whether they are likely to be acceptable to the relevant authorities that will be investigating the deal. Where parties are considering local remedies to avoid more far-reaching global remedies (or an outright prohibition), detailed consideration will be needed around whether this is feasible, particularly if the fintech operates a single platform that serves multiple jurisdictions (as shown by viagogo/StubHub).

Next week we will publish a companion piece, focusing on foreign investment risks encountered in fintech transactions.