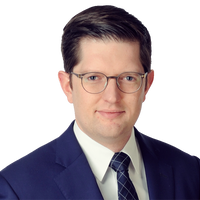 Article 17 of the EU Digital Single Markets (DSM) Directive (‘the Directive’) sparked a heated public debate far beyond the usual circles of copyright experts from the day the first draft of the Directive was published (14 September 2016) until it was finally adopted in April 2019.

While rightsholders advocated for more financial compensation for the widespread use of their work, user groups feared for the ‘freedom of the internet’.

The discussion was, in particular, fuelled by the Directive’s tricky aim of strengthening the position of rightsholders in the digital market, while preserving user interests and the legitimate business models of digital service providers.

There was some calm after the storm once the Directive was adopted, but as the deadline for transposing article 17 into national law on 7 June 2021 is fast approaching, national legislators are now looking for ways to strike the right balance within the framework defined by the Directive.

The German proposal to implement article 17 into national law by way of a new Urheberrechtsdiensteanbietergesetz (‘UrhDaG-E’) has recently been adopted by the German federal government and will now be introduced into parliamentary debate. This is reason enough to take another look at key aspects of the Directive and its planned transposition into German law.

If the German proposal is implemented, online content-sharing service providers (OCSSPs) must make ‘best efforts’ to obtain authorisation from rightsholders for that use. (OCSSPs are essentially defined as information society services whose main aim – or one of their main aims – is to store and give the public access to a large amount of copyright-protected material uploaded by their users for-profit)

As part of those best efforts, OCSSPs will have to acquire licences from certain groups of rightsholders as well as collective management organisations. Furthermore, OCSSPs will need to implement mechanisms to ensure the unavailability of copyright-infringing content while, at the same time, avoid the overblocking of legitimate content. In particular, platforms will need to ensure that presumed admissible content (as defined by the UrhDaG-E) generally remains online pending the outcome of a dispute-resolution mechanism.

Article 17 and its German implementation will significantly change the regulatory framework for OCSSPs.

They can currently rely on article 14 of the E-Commerce Directive, which essentially provides that OCSSPs are not liable for the content uploaded by their users if they followed certain guidelines (which regularly amounted to a notice-and-takedown system).

However, once the UrhDaG-E comes into force, the liability of OCSSPs for uploaded content will no longer only be for third-party copyright uses. Instead, the OCSSP itself will perform an act of making works available to the public when it grants public access to copyright-protected works uploaded by its users.

That said, the Directive and UrhDaG-E recognise that OCSSPs may well struggle to authorise all uploaded content and so almost inevitably end up being liable for copyright infringement.

Therefore, article 17 only requires the OCSSP to use ‘best efforts’ to authorise content. The UrhDaG-E aims to concretise this requirement by obliging OCSSPs to acquire rights that are:

It follows that rightsholders not known to the OCSSP will have to pro-actively approach the OCSSP if they wish to conclude licensing agreements.

Even if OCSSPs acquire licences, they will still have to pay additional renumeration to creators and pay for the use of copyright exceptions such as quotations, caricatures, parodies and pastiches, as well as for presumed admissible content that is kept online during a dispute-resolution process. These payment obligations (in addition to licensing) have been criticised for potentially leading to double-payment and might well lead to further controversy and disputes, if adopted.

Even if OCSSPs comply with the ‘best efforts’ requirement to authorise content, the Directive still foresees an obligation to block or delete copyright-infringing content on the basis of a blocking request by a rightsholder (‘takedown’) and to prevent a re-upload if the rightsholder provides the necessary information (‘stay down’).

These provisions are probably the most difficult to implement in national law, since it is very difficult to balance the ‘triangle of interests’ of blocking copyright-infringing content, allowing legitimate content and preserving the legitimate business models of OCSSPs.

In particular, the following points should be kept in mind.

Because the OCSSP must also prevent re-upload with respect to qualified blocking requests, it is unclear how monitoring of all content can be prevented (which is precisely what article 17 is intended to avoid).

The UrhDaG-E does not provide an answer to this complicated question either, which will lead to further discussions (and potentially disputes) in the future.

Both article 17 and UrhDaG-E aim to ensure that legitimate content (in particular quotations, parodies, caricatures, pastiches and legitimate user-generated content) is not blocked or removed by way of automated filtering.

UrhDaG says that certain content is presumed admissible and must therefore – in general – be uploaded (and kept online) even if a blocking request is in progress.

Even if these requirements are met, trustworthy rightsholders may, however, request an immediate takedown of content.

It is doubtful (but remains to be seen) whether the process foreseen in the UrhDaG-E can preserve the rightsholder’s legitimate interests, is technically and financially feasible for OCSSPs and – at the same time – prevents overblocking of legitimate content as required by article 17.

Although the contours of article 17’s implementation into German law are becoming clearer through the UrhDaG-E, numerous questions remain open and require further intensive discussion.

Developments regarding the rights and obligations of OCSSPs, rightsholders and users should also be closely monitored. In particular, the European Commission's guidelines on the implementation of article 17, which are expected shortly, could once again bring a new momentum to the discussion.

Further, the Court of Justice of the EU (CJEU) could soon shift the debate on article 17. The Polish government has requested that the filtering obligation in article 17 be declared invalid due to a violation of the freedom of expression and the freedom to receive and impart information as per the EU Charter of Fundamental Rights.

The advocate general’s opinion is scheduled for 22 April 2021 and should be closely analysed. If the Polish government prevails with its argument or the CJEU formulates guidelines for an implementation of article 17 in conformity with these fundamental rights, this will once again steer the debate in a different direction. 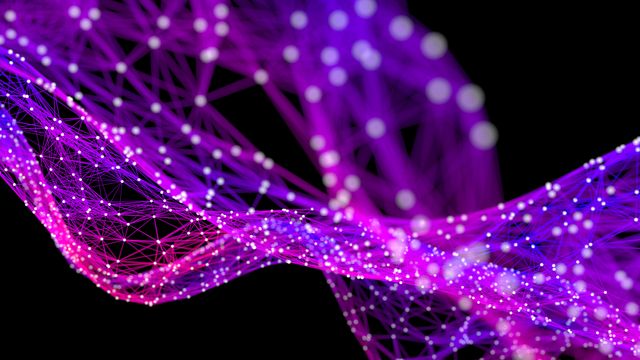