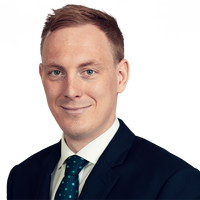 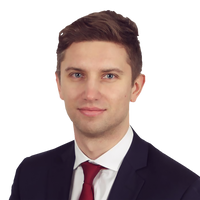 One trend that has captured the Freshfields insurtech team’s attention recently and looks set to continue is the growing number of insurtechs that are looking to go public. Last year we looked at Lemonade (a home and renters insurance provider) that has made a sweet gain from its IPO – the company raised $319 million on the date of its IPO and its stock is now trading at nearly five times its IPO price. This has paved the way for other insurtechs to follow.

Taking a look at the insurtech market right now, Oscar (a health insurance provider) is set to price its IPO this week and Hippo (a home insurance provider) is reportedly considering a merger with SPAC route later this year for its IPO. The SPAC route is becoming ever more popular (see below). Pine Technology Acquisition Corp., a SPAC backed by AmTrust, recently filed its regulatory application to Nasdaq on 19 February with an aim to raise $300 million through an IPO. Its target business sector will focus on insurtech.

There is clearly a healthy and active private funding market for insurtechs. According to CBInsights, the total annual insurtech funding of 2020 reached an all-time high of $7.1billion, an increase of 12% compared to 2019. Later-stage companies including Hippo and Oscar can raise “mega-round” funding exceeding $100 million each. However, there are many attractions to joining the public market, such as the name/brand recognition (which can be key in a crowded market), raising funds for early investors / founders through secondary sales into an IPO and access to even greater funds compared to private funding rounds (particularly at a time when insurtechs may need large cash injections as a result of the Covid-19 pandemic).

As a result, now is a great time for insurtechs of the right size to look to the equity capital markets and leverage the general public optimism and buoyant markets. Such optimism can not only increase the take-up of the IPO but, as was the case with Lemonade, can result in pricing at multiple times the book value of the insurtech.

It seems appropriate that insurtech companies who are at the forefront of technological developments also make use of the latest technology being used to publicly list companies. The SPAC route is an alternative to a traditional IPO that is becoming increasingly popular, in part due to the speed to market.

Currently, there are more than 300 SPACs listed on the NYSE or Nasdaq searching for acquisition targets. Although more common in the US, Europe is becoming ever more familiar with the SPAC route and take-up is only likely to increase (particularly as public markets look to become more tech friendly, see our blog on the recommendations arising from the recent UK fintech strategic review by Ron Kalifa for more information on the UK’s potential approach).

For the ins and outs of the SPAC craze listen to our podcast on deconstructing SPACs , but as a high-level summary:

Given the number of SPACs in existence, this is creating significant competition among SPACs and providing enhanced leverage to potential sellers – so an ideal time for insurtechs that are ready to float to maximise the opportunity.

Going public can be a costly and risky move for insurtech companies – some may prefer to take smaller and more private steps in the current climate. As an alternative to public markets, insurtech companies can achieve growth through private capital raises or by merging with or partnering with established insurers looking for digitalisation or other services provided by insurtechs. These growth routes avoid the scrutiny that comes with being a public listed company and allow companies to mature and develop further – whether that’s in order to stay private or to reach a more stable phase for a public offering.  We’ve previously posted do’s and don’ts to consider in the context of insurtech M&A.

For more insights into insurtech IPO or general insurtech deals, you can speak to a member of the Freshfields insurtech team. We’d love to discuss the insurtech space with you or your team.

Insurtech insights: how will insurtech be impacted by COVID-19?
Andy Robinson