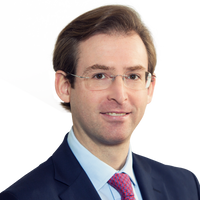 With a view to establishing a legal framework for digitised global notes (digitale Sammelurkunde – DGNs), at the end of September 2020 the Austrian legislator published draft changes to the Austrian Depositary Act (Depotgesetz – ADA).

In doing so, the the legislator has jumped on the broader trend of dematerialised securities. But the jump seems very cautious as the contemplated changes are limited to a newly added definition of DGN and a provision that a DGN shall be subject to the rules that apply to physical global notes.

The draft defines a DGN as an electronic dataset provided by an issuer to a central securities depository (CSD) in a format determined by the relevant CSD and detailing the rights attached to the DGN.

In effect, the DGN conveys the same rights to noteholders as a physical global note would and is supposed to be equivalent to a physical global note from the custody law perspective. This reduces logistical procedures and facilitates the issuing process. For the time being, the DGN format shall become available (only) with regard to bonds (Schuldverschreibungen) and investment certificates (Investmentzertifikate).

However, the coupling of DGNs with legal concepts that evolved with regard to physical global notes seems unfortunate as it continues to affect the legal issues regarding international securities settlement and the provision of financial collateral in cross-border situations, which have been addressed and resolved only partially in the draft legislation.

As for trading in notes represented by a DGN, the legislator notes in the explanatory materials that it is the booking with the relevant CSD that establishes the rights under (and/or to) the notes. (The same would consequently apply with regard to the establishment of in rem security interests.)

The intention apparently was to facilitate the determination of the 'relevant account' for purposes of the Austrian implementation of Directive 2002/47/EC on financial collateral arrangements as well as Austrian international private law. (The 'relevant account' is the register or account in which the entries are made by which rights in the notes are established.)

The catch is that, under Austrian law (with regard to securities represented by physical global notes), the booking of a note in a register or account does not establish any rights to the note. Rather, the transferor's instruction to its custodian that the note shall be transferred to a transferee (or provided as collateral to a collateral taker) is decisive.

Considering that trades in (or the provision of collateral with regard to) notes represented by a DGN shall be effected in the same way as notes represented by a physical global note and further considering that such operations – typically – would not be booked at the level of the CSD, the reference to bookings at the CSD regarding the establishment of rights in a DGN falls short.

The language of the draft legislation itself does not stipulate that trades in (or the provision of collateral with regard to) DGNs need be reflected in bookings at the CSD but rather refers to the processes devised for physical global notes. Hence, if, for operational reasons of the relevant securities settlement system, a trade is not reflected in bookings at the CSD, noteholders may have difficulties demonstrating that they actually acquired rights under/to securities represented by the relevant DGN.

If the legislator could clarify what it considers to be the 'relevant account' absent a booking with the CSD (such as the account of the collateral provider regarding the creation of collateral or the account of the transferee with regard to transfers, in each case with the relevant participant of the securities settlement system operated by the relevant CSD), this would considerably enhance legal certainty as to the mentioned operations, and endorse current market views and practice.

While the enabling of DGNs under Austrian law is an important and welcomed step in the right direction, the legislator in its current draft missed the opportunity to devise a flawless concept as to transfers of rights related to a DGN.