What does the owner of a standards-essential patent need to do before suing an alleged infringer? How should an implementer respond to an SEP licence request? These sound like straightforward questions, but the answers are far from simple. Recent posts from our German and Dutch colleagues have discussed how the courts in those jurisdictions apply the CJEU’s judgment in Huawei v ZTE and the concept of a “willing licensee” in practice. In this post we offer the English perspective.

The ‘day of reckoning’ will come

The German and Dutch courts have focussed primarily on the conduct of the parties before a claim is commenced. The English courts look at things differently. Arguments about willingness to negotiate a licence arise in the context of the implementer’s defence to an injunction claim. The primary interest of the court, therefore, is where the parties stand when the question of whether to grant an injunction comes to be decided and a Court-determined FRAND licence is on the table: the ‘day of reckoning’ a.k.a. the FRAND trial. The court will therefore scrutinise the conduct of the parties before and during the proceedings.

Mr Justice Birss made several observations about the concept of a “willing licensee” in Unwired Planet v Huawei. He interpreted Huawei v ZTE in the following way (emphasis added):

“I can say that when the CJEU in Huawei v ZTE refers to a licensee expressing a willingness to conclude a licence agreement on FRAND terms, in my judgment they are referring to a willingness which is unqualified. In other words, a willing licensee must be one willing to take a FRAND licence on whatever terms are in fact FRAND. Those terms might be settled by negotiation, by a court or by an arbitrator but to insist on any particular term runs the risk that that term is not FRAND. At best it could only amount to a form of contingent willingness.”

This interpretation was problematic for Huawei because (at least in open correspondence that was admissible before the court) it had never made an unqualified commitment to take a FRAND licence. Rather, as Birss J put it, “Huawei’s stance has always been that they are willing to enter into what Huawei contend is a FRAND licence. ... Huawei have always reserved to themselves the right to determine what was FRAND at least in respect of the scope of the licence.”

SEP holders continue to push the English court to focus on this question.  Birss J has very recently ordered a separate trial to determine whether an implementer is an “unwilling licensee”, a year in advance of the full FRAND trial (in the case of Optis v Apple).

Is pre-action conduct relevant at all?

What, then, is the relevance of pre-action conduct if the court is primarily interested in where the parties stand once they are before the Court? In Unwired Planet, Birss J noted that the CJEU in Huawei v ZTE had “focussed on the question of whether bringing the injunction claim is itself abusive and does not focus on the considerations which may apply at the end of an infringement action once validity and infringement are established”. Nonetheless, he held (and the Court of Appeal agreed) that the only mandatory pre-action condition laid down by the CJEU is a positive obligation on the patentee to notify the alleged infringer before commencing proceedings. Aside from that, whether a patentee acted abusively in bringing the action is fact-dependent.

On the facts, Birss J determined that Unwired Planet had not acted abusively in commencing the action when it did. Even if the judge had found that Unwired Planet had acted abusively in commencing proceedings when it did, Birss J noted that, in the circumstances, this would not have led him to to refuse the injunction –  three years had passed since the start of the proceedings and any prejudice to Huawei would have been outweighed by time – instead the judge noted that an  alternative appropriate remedy might have been to refuse an award for damages in the intervening period.

The Court of Appeal indicated its support for these observations without having to express a concluded view.

In summary, so far as the grant of an injunction is concerned, the English court is only likely to penalise SEP holders for their pre-action conduct where failure to act properly in pre-action negotiations has materially accelerated the ‘day of reckoning’ and where the implementer’s conduct cannot be criticised. These situations are likely to be rare.

The English court expects parties coming before it to make their positions clear. As discussed already, in Unwired Planet the situation was clear at least by the time of the FRAND judgment: Huawei was not willing to take a worldwide licence. The ordering of an early “willingness” trial in Optis v Apple seems similarly designed to clarify where the parties stand in that case.

However, in other cases, the parties’ positions have been manifestly unclear. The conduct of ZyXEL in litigation with TQ Delta is a case in point. ZyXEL pleaded that it would “take a license on RAND terms (such terms to be agreed or in default to agreement set by the Court) under any of the Patents in issue in these proceedings that is found to be valid and infringed”. But as the case progressed, ZyXEL refused to confirm that this meant that ZyXEL would take a licence on whatever terms the Court determined to be RAND (and in particular on a global basis). Mr Justice Henry Carr was critical of this lack of clarity, concluding this was a case of "hold-out" by ZyXEL who had “blown hot and cold as to whether they will accept whatever licence is considered by the Court to be RAND”.

The consequence for ZyXEL was an injunction, even though there was only 3 months of the patent term left when the injunction fell to be granted and ZyXEL argued that it was therefore disproportionate. Henry Carr J noted that to refuse the injunction “would, in effect, amount to a compulsory licence by the court in circumstances where [ZyXEL has] elected not to enforce the RAND undertaking in respect of the '268 patent. This, in my judgment, would be wrong in principle.”

Another recent example is IPCom v Vodafone. In that case, on an application for directions for the listing of a FRAND trial, Birss J warned “that Vodafone is at risk of being properly characterised as an unwilling licensee” in circumstances where Vodafone had not (at that point) given an undertaking to enter into a licence declared by the court to be FRAND nor engaged with IPCom on the appropriate wording for such an undertaking.

However, there is one permissible contingency that an implementer can place on its willingness to take a FRAND licence. As Birss J put it in Vringo v ZTE, “a defendant accused of patent infringement by a patentee who claims to have a standards essential patent is and must be entitled to say, “I wish to know if this patent is valid or infringed or not before I take a licence”. Such a stance cannot fairly be described as unwillingness.” This dicta pre-dates Huawei v ZTE but there is no reason to suppose that the position has changed. In any event, the question of an injunction or FRAND licence will currently only be tried by the English court where a UK patent has been found valid and infringed. A recent attempt by Vestel to have the English court settle the terms of a global FRAND licence with HEVC Advance where no enforcement action had been brought in the UK was struck out by HHJ Hacon for lack of jurisdiction, though that decision is under appeal.

Implementers need to take a ‘que sera sera’ approach to F/RAND terms to avoid the risk of an injunction in the UK.  Whatever has been said in negotiations, unless the market is not worth the cost, once proceedings have started the injunction risk should be addressed by making a willingness commitment that can be put before the Court, and without extensive caveats that may make it redundant.

The decisions discussed above come in the context of the English court being prepared to settle (and in Unwired Planet settling) the terms of a (global) F/RAND licence between particular parties. Whether that is the correct approach in law remains an open question and is subject to the long-awaited decision of the Supreme Court in the Unwired Planet appeal. It remains to be seen whether the Supreme Court will move into closer alignment with Germany or the Netherlands, or leave the UK as a paradise island for SEP-holders looking for global FRAND determinations.

Implementers need to take a ‘que sera sera’ approach to F/RAND terms to avoid the risk of an injunction in the UK. 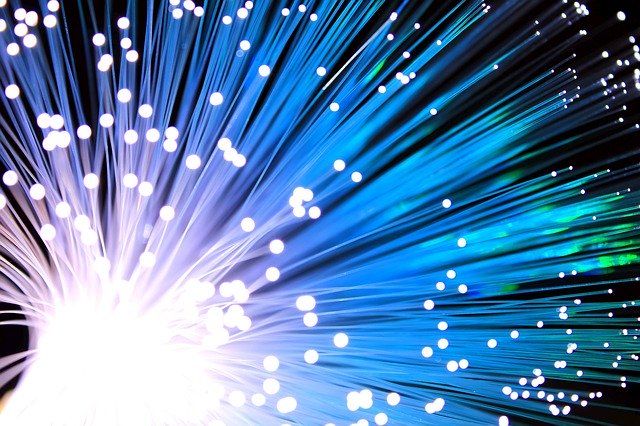