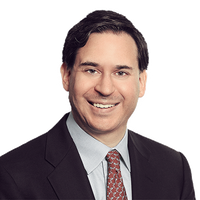 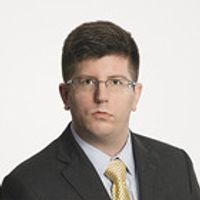 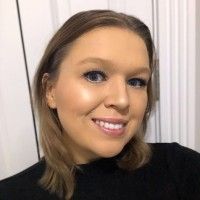 The Securities and Exchange Commission (SEC) recently announced that it has reached a $1.2 billion settlement with Telegram Group Inc. after concluding that Telegram had conducted an initial coin offering of digital tokens without registering the offering with the SEC or qualifying for an exemption from registration, as required under the Securities Act of 1933 (the Securities Act). The SEC has, in recent years, cracked down on numerous unregistered initial coin offerings, which involve offers to the public of digital tokens which contain the attributes of an investment, and thus of a security. The Telegram matter illustrates, consistent with prior SEC enforcement actions, that the SEC continues to view tokens as securities that require SEC registration, or an exemption therefrom, where the token functions primarily as an investment opportunity for purchasers.

Telegram Group Inc. is a privately owned British Virgin Islands company with its principal place of business in Dubai. Its primary product is Telegram Messenger, an encrypted mobile messaging application with approximately 300 million monthly users worldwide that has been called the “cryptocurrency world’s preferred messaging app.”

In order to raise funds to develop a blockchain called the Telegram Open Network (TON), between January 2018 and March 2018, Telegram commenced an unregistered offering of Gram tokens. In its offering, Telegram raised $1.7 billion through the sale of 2.9 billion Grams to approximately 171 purchasers. This included the sale of more than 1 billion Grams to 39 purchasers in the United States for $424.5 million. These purchasers subscribed to Grams by buying them at fixed prices, and Telegram committed to deliver the Grams after the development of the blockchain by October 31, 2019, at which stage Telegram said that the initial purchasers of Grams would be able to resell the Grams on digital asset trading platforms.

On October 11, 2019, the SEC filed a complaint in the U.S. District Court for the Southern District of New York against Telegram Group seeking to preliminarily enjoin Telegram Group from delivering the Grams it sold on the basis that the Grams had been offered and sold in violation of the registration requirements of the federal securities laws. On March 24, 2020, the court issued a preliminary injunction barring the delivery of Grams and finding that the SEC had shown a substantial likelihood of proving that the sales were part of a larger scheme to unlawfully distribute the Grams to the secondary public market.

In the SEC’s complaint, the SEC asserted that the Grams were offered and sold as “investment contracts” and therefore were “securities” that required SEC registration or an exemption therefrom. The SEC stated that in its offering materials Telegram emphasized its expectation that the Grams would appreciate in value over time and that this appreciation in value depended on the efforts of Telegram in developing its blockchain.

What is a security?

The SEC’s jurisdiction over initial coin offerings hinges on whether the tokens offered in the offering constitute securities. The definition of “security” in Section 2 of the Securities Act includes the term “investment contract.” In 1946, the Supreme Court established in the oft-cited Howey case that an investment contract exists when there is (i) an investment of money (ii) in a common enterprise (iii) with a reasonable expectation of profits (iv) to be derived from the efforts of others. The Howey investment contract test has been used over the years to establish that all manner of pooled investment schemes constitute securities, and it is the primary analytic framework the SEC has used in recent years to classify tokens issued in initial offerings as securities.

In 2019 the SEC published its “Framework for 'Investment Contract' Analysis of Digital Assets” (the Framework), which outlines the key factors the SEC considers in analyzing whether a token issued in an offering constitutes a “security.” The three key factors set forth in the Framework are:

Circumstances which the SEC believes make a digital asset less likely to involve a security include, among others:

In its complaint against Telegram, the SEC laid out facts in support of the proposition that the Grams offered by Telegram were in fact investment contracts in light of the three factors outlined above and thus “securities” subject to regulation under the Securities Act. In Telegram’s case, investors were reliant on the efforts of Telegram for the completion and launch of the platform. The Grams were not available at the time of the offering and there were never any products or services that could be purchased with the Grams. Telegram told investors to expect a listing of Grams at the major cryptocurrency exchanges and touted a potential discount to the average public sale price. The SEC also noted that Telegram marketed the Gram to the general public, and the marketing materials for the offering articulated only future uses for the Gram, and the realization of any such future use would occur only  upon completion of the TON and made clear that neither the Grams nor the TON’s services would be available at the time of the offering.

As part of its settlement with the SEC, Telegram was required to disgorge $1.224 billion to investors (net of funds already returned to investors) and pay a civil penalty of $18.5 million. Telegram was further required, for the next three years, to give notice to the SEC staff before participating in the issuance of any digital assets. Without admitting or denying the allegations in the SEC's complaint, the defendants consented to entry of a final judgment enjoining them from violating the registration provisions of Sections 5(a) and 5(c) of the Securities Act.

In light of the court decision granting the SEC’s preliminary injunction, Telegram elected to wind down its Telegram Open Network blockchain initiative. This case represents a further reminder that the SEC continues to monitor and review initial coin offerings and will bring actions to stop what it views as unregistered securities offerings. Unless there are factors present which show otherwise, the SEC is still likely to take the view that tokens offered are an investment contract and thus a security which requires registration or an available exemption.

20 Key considerations for private companies evaluating whether to be acquired by a SPAC
Pamela Marcogliese, Michael Levitt, Sebastian Fain