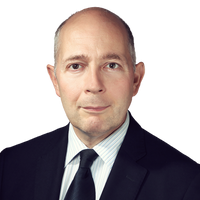 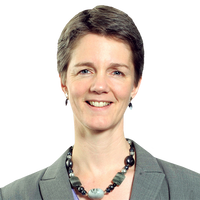 When, on 2 June 2020, the European Commission started a public consultation on its proposed new competition tool (NCT), this may have come across as yet another initiative to better understand the digital economy and its competitive dynamics (while making Europe greener at the same time).

Yet one had to read beyond the headlines to understand that the NCT will be much more than a step up of traditional investigation and sector inquiry tools. Rather, it will bring about no less than a paradigm shift in EU competition policy enforcement.

Under the NCT, the Commission could:

But the intervention itself could be far reaching without precedent. Structural remedies could include mandated de-mergers or divestitures, and behavioural remedies could imply anything from changes to pricing and distribution policies to internal separation orders to deal with self-preferencing within one industry group for example.

The new tool would be based on articles 103 and 114 of the TFEU and hence require approval of the Council and the European Parliament. Given the significant expansion of the Commission’s powers that the proposal envisages, and wider concerns among some of the member states regarding the way in which DG COMP has been using its existing powers, it seems likely to give rise to considerable controversy from some quarters.

The scope - digital and beyond

While the NCT is embedded in the EU’s Digital Services Act package (also released on 2 June), which bundles various policy initiatives also by other Directorates General (including a proposal for ex ante regulation of digital platforms), the NCT will not necessarily be limited to digital and digitally enabled markets. Indeed, such a distinction is, in any event, becoming increasingly meaningless in the context of developed economies such as Europe’s.

The EU policy proposal document on which the consultation has now been started (so-called inception impact assessment) expressly mentions policy options that would cover all sectors of the economy or, at least, sectors where structural problems are seen as prevalent.

So, while the digital economy may be the key initial target of the proposed tool, it may well be that wide areas of economic activity, including more traditional sectors or those which are in the process of digitising may also be facing future intervention which, in the world pre-NCT, would normally have required sectoral legislation (typically internal market directives).

One key concern of the Commission is that of 'tipping' markets, and the Commission’s view that once a market has 'tipped', any market dominance by the newly established incumbent would be difficult to contest by other players and newcomers.

The following quotation from the Commission’s press release summarises the kinds of competition concerns meant to be remedied by the NCT:

'Structural competition problems can arise in a broad range of different scenarios, however they can be grouped into two categories depending on whether harm is about to affect the market or has already affected the market.

It is therefore clear that the Commission also plans to consider market failure or structural concerns in markets without dominant players. This would, if enacted, create a significant broadening of the Commission’s scope for intervention in business activities of non-dominant players that has, up to now, been regarded as entirely legitimate and lawful.

Compared to regulatory intervention in conventional sectors of the economy (energy, telecoms, rail, postal), the role of DG COMP under the NCT could morph into one the responsibilities of a sectoral legislator (which decides whether there is a problem and what could be done about it) and a 'super' regulator which carries out the specific remedy selected across the entire economy in Europe.

Learnings from the UK

Only a small number of jurisdictions hold experience with such a powerful tool, among which the UK stands out with its 20 or so market investigations under its current regime, where national legislation also allows the imposition of remedies (including structural) even the absence of a competition law infringement.

The most prominent example is perhaps the de-merger of BAA’s Gatwick, Stansted and Glasgow airports mandated by the then UK Competition Commission following a two-year investigation completed in 2009.

Learnings acquired over the years in the UK with this hotly contested tool foreshadow the debate the Commission will face in the consultation and then also in the application of whatever the NCT will look like after the legislative process has been completed at EU level.

Key points to consider will include:

The Commission welcomes comments on the inception impact assessment by 30 June and more generally on the new proposal by 8 September.

The Commission anticipates tabling a legislative proposal already in Q4 2020, which coincides with Germany’s six-month presidency of the Council set to start on 1 July 2020.

This will likely impact the EU legislative process because, independently of the EU initiative, Germany is finalising its own draft reform to the German Competition Act, which is meant to address exactly the same competition concerns observed by the Commission, in particular the issue of tipping in digital markets.

Cartels in the COVID-19 crisis – any flexibility?
Thomas Lübbig