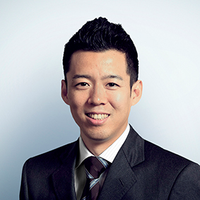 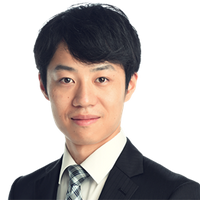 Japan was forced to adapt to remote working during its COVID-19 state of emergency, which lasted from early April to late May. This exposed a difficulty unique to Japan: executing certain documents remotely is almost impossible due to the requirement to use traditional seals, known as hanko.

According to our global survey, use of electronic contracts has soared since March, surpassing the number of such contracts from January to March in April alone. Despite Japan being at the forefront of technology in recent years, most registrations, bank accounts, insurance and other legal documents still require hanko.

Handwritten signatures or affixing a name with hanko is used to authenticate the creation of documents. They are presumed to be made based on the signer’s or sealer’s will, and are admissible as such in legal proceedings. Indeed, all Japanese companies have a registered seal, which creates a high burden to overcome to disprove the authenticity of a document.

Only specific types of contract must be executed in hard copy, such as guarantees (hosho), revolving guarantees (ne-hosho) on business loans, and fixed-term land and building leases.

Most contracts can be executed electronically if all parties use an electronic contract service. If an e-signature: (i) shows the e-signer’s identity; and (ii) confirms whether the e-documents have been altered, it will have the same effect under the Act on Electronic Signatures and Certification Business as signatures or stamping with hanko (although this has not been tested in court).

The e-signature of a party with an electronic certificate (denshi-shomeisho) that meets the above requirements has the same effect as signatures or stamping with hanko. There is also an e-signature of an electronic contract service provider, who then acts as witness certifying that a contract is duly executed. This method is popular in Japan. However, it may not meet requirement (i) above, so would not have the same effect as a signature or stamping with hanko. This is in contrast to Europe and the US, where the evidential power of e-signatures by such service providers is certain.

Digital transformation was on Japan’s radar pre-COVID, but has accelerated due to the current crisis. On 27 April 2020, Prime Minister Shinzo Abe instructed relevant ministers to allow businesses to file administrative forms without using hanko. On 31 May 2020, the Ministry of Justice announced that certain board minutes can be executed using an e-signature of the service provider.

Many companies prefer to use hanko because there remains some uncertainty over the effect of e-signatures, despite the fact that they are acceptable for many types of contract. Following Japan’s state of emergency, companies tried to move away from hanko to allow employees and clients to work remotely where possible. In light of the ongoing crisis, we may see further expansion of the categories for which hanko is not necessary.

Bias in algorithmic decision-making: recommendations from the UK’s Centre for Data Ethics and Innovation
Shini Pattni