As the impacts of COVID-19 play out in the economy, the fintech industry has been affected both positively and negatively, with the pandemic creating both opportunities and threats for fintechs. Fund-raisings are likely to be more difficult in in the current climate, and as investors tighten their belts, some fintechs may struggle. We are likely to see the most adaptable firms survive whilst others may fail.

The pandemic has emphasised a move away from cash and towards digital services, with the European Commission flagging that the digitalisation of the financial sector can be expected to accelerate as a consequence of the pandemic. For many fintech firms, this will be the first global economic crisis that they have faced so will be a serious test as to whether their business models really do work.

Ultimately, the next few months will test the fintech industry. Given the ongoing provision of digital services, the pandemic will provide the opportunity for fintechs to take a more significant role in the financial services industry. At the same time some fledgling fintechs may not make it out of the hatchery. The long-term outlook could well be a more consolidated industry with fewer, but more significant, players.

For further information and support in these times see the Freshfields coronavirus alert hub.

Over the last few years, there have been some views that fintech valuations are on the higher side, which some reports indicate is a result of (often optimistic) assumptions about future growth, profits and exit prospects, which are now in question. Certainly, fintech companies have been very difficult to value, at least in part as a result of (usually) never having made a profit. Only very recently have things begun to change, and fintech deals have been in decline for the last 9 months. The potential recession in the aftermath of the pandemic is, at least in the short term, likely to reduce deal flow or at least cause potential buyers to pause and reconsider acquisitions.

In terms of what this means for the industry as a whole, we may see consolidation. If some firms leave the market – as a result of an acquisition made possible by a lower valuation or by a fintech firm failing - we will see fewer but larger fintechs emerging from the crisis. We have already seen at least one fintech drop out of the market, with the closure of RBS challenger digital bank Bó, although query whether the pandemic was the main reason, given a relatively low number of customers who signed up in the 6 months since Bó was launched. It is worth noting that fintechs with larger cash reserves may seek to take advantage of the current market conditions - Revolut has said that it has a “real opportunity” to benefit from the crisis and has referred to potential acquisitions of struggling travel aggregators.

From a corporate governance perspective, COVID-19 could present significant challenges for fintechs. For many fintech companies, this could be the first real crisis that they (and senior individuals at those companies) have faced following the recent sustained bull run. This is in addition to the governance challenges that several fintech companies have publicly faced even prior to the pandemic – particularly those accused of having a founder-led culture.

However, many fintech companies have sought to address such challenges over the past few years and ensure that there are a number of experienced individuals on boards and in decision-making roles. If they can get their response right, this may provide an opportunity for some fintechs to prove to regulators that they have matured into responsible players in the market.

The impact of COVID-19 on the payments sector as a whole has perhaps been less significant than other areas of fintech.

The payments sector is not immune to the effects of COVID-19. With much of the world in lockdown, there are fewer journeys on public transport and in taxis and less spending in shops. Payment service providers which are particularly exposed to the travel market (including acquirers providing services to airlines and issuers issuing cards used primarily for foreign exchange) have also been hit with a decline in cross-border business and travel-related spending. This is in addition to the general economic uncertainty which is affecting many individuals at a personal level – where people have been made redundant (or feel they are at risk of redundancy) or have been furloughed, there is less inclination to spend money unless needed, leading to a reduction in consumer spending overall. This reduction in consumer spending affects not only payment processing services but also those card issuers that receive revenues from interchange fees.

That said, with the focus of the pandemic response being on social distancing and a reduction in physical contact between members of different households, there have been several reports that the decline in the use of cash has accelerated in recent months, with the proportion of payments made by card and other methods increasing. On these lines, we note that several EU jurisdictions have increased the applicable contactless payment limits, including the UK (the increase from £30 to £45 was rolled out from 1 April 2020). We have also seen an increase in older consumers signing up for online banking: Halifax said the numbers of over-65s signing up has jumped by 63% and Santander says the numbers are up 54% among over-55s.

In the mid to long term, we consider that it is likely that certain of these behaviours and the relative increase in the proportion of payments made through card and other means will continue. It is unlikely that payments made by cash will increase proportionately, as individuals may be reluctant to use cash at the same rate as before the pandemic (this is notwithstanding the policy drivers behind ensuring that cash continues to be a viable payment method). The long-term impact of COVID-19 on the payments sector is likely to be, on balance, relatively positive for those businesses that survive.

For further information on the impact of COVID-19 on payments see our blog post.

Peer to Peer and non-bank lending

It is an interesting time for peer to peer lending as many non-bank lenders started up just after the last financial crisis when SMEs were having difficulty obtaining finance via traditional routes. As a result, many have not yet had their own business models tested in a downturn and as a result, there is some concern that the sector will see some lenders entering into distress.

Non-bank lenders are themselves playing a role in the response to this crisis, with such lenders providing financing via the government business rescue schemes (although we note that for the UK lending schemes, it took some time for non-bank lenders to be permitted to lend under the schemes). However, if there is a prolonged recession, the non-bank lending sector could suffer as defaults rise and investors become reluctant to invest. Certain lenders have suspended their secondary markets, due to concern they will not be able to meet the demand for lending: a high volume of retail investors have requested early access to funds, in an attempt to exit their investments. As we noted above, in the current economic climate, with risks of, or actual, job losses, individuals will have less disposable income and will be less willing to make speculative investments.

There is also a broader concern that in current market conditions it is more difficult to assess the creditworthiness of borrowers – especially as many non-bank lenders rely on algorithms to make lending decisions and there is a question as to how well those algorithms will work in the current circumstances.

Challenger banks have spent the last few years trying to persuade customers that they are more adaptable and consumer friendly than traditional institutions, whilst also being able to provide a safe service. With some businesses and consumers struggling to obtain loans from the big banks, challenger banks have been rushing forward to fill this space.

Savvy digital providers are offering specific products and services geared to the crisis. For example, Fintech Fronted and Credit Kudos created ‘Covid Credit’, which allows non-salaried workers to generate a proof statement detailing their past income and the impact of COVID-19, to help them apply for government support. Several fintech lenders have been accredited to lend under the government lending schemes (albeit that there have been some reports of challenger banks being slow to start lending once accredited).

With contact being kept to the minimum bank branch use has dramatically declined. The current pandemic has forced customers who once resisted online banking to adopt digital banking apps as their new default. The more these customers realize how convenient it is to bank digitally, the less likely they are to go back to physical branches.

The story is more mixed for challenger bank uptake overall. Monzo, Revolut and Starling saw their growth rate drop by between 18% and 36% in their native markets in March, according to an analysis by Priori Data commissioned by Sifted. There has also been a decline in signups and app downloads since February 2020. One reason for this may be customers consolidating their money in accounts they feel are safest. Challenger banks have always struggled with encouraging customers to pay their salaries into challenger accounts – according to comparison site Finder, some 47 per cent of Britons with a digital-only bank account keep less than £1,000 in it, while three in 10 have less than £100 deposited. Even before the COVID-19 pandemic, the proportion of individuals who use such challenger banks as their main or only bank is relatively low, with individuals generally preferring the perceived safety of one of the Big Four. This issue has been highlighted by the crisis especially where money in such accounts is a 'rainy day fund' and customers feel the need to use such funds now. As mentioned above, challenger banks, as card issuers, have also seen revenues from interchange fees drop. Our sense is that there is a real uphill struggle ahead. Those challenger banks that adapt quickly and are able to differentiate themselves from the others (and from incumbents) in ways which customers want will survive.  The future is not rosy for those who don’t.

In a time of consolidation and conservation of capital, insurance companies are less likely to consider signing new contracts with insurtechs. However, like the wider fintech industry, insurtechs may benefit from the shift towards digital business models. We have considered the impact of COVID-19 on the insurtech market further at our blog post (and also this post with an Asia focus). 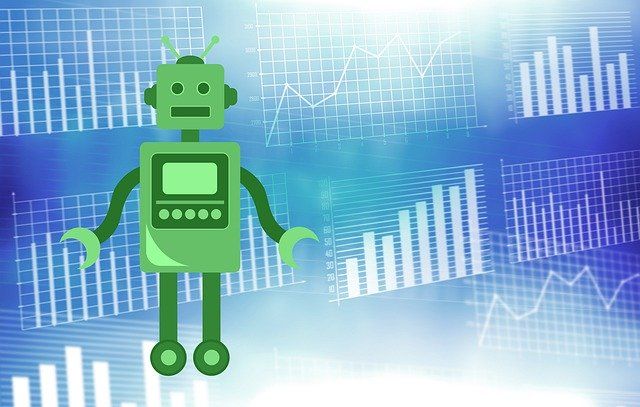 Lasting effects on consumers' usage of physical money could pose even more of a threat to the UK cash infrastructure in the long run https://t.co/oyArX3EpfJ