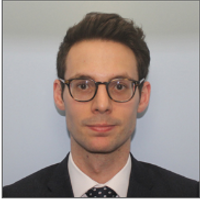 For many, the courtroom remains a sacred space: a grand stage upon which the sharpest legal minds joust, bewigged and enrobed, before judgment is received from venerable judges on high. Could it really be that these romantic images are going to be replaced by robotic judges and a formulaic system of online justice?

In a word, no. For now at least, humans still have the edge when it comes to many subjective judgements, such as the truthfulness of a witness or which way the law should develop. Likewise, the persuasive value of a top barrister is unlikely to be superseded by algorithmic arguments any time soon.

Online dispute resolution (‘ODR’) is on the rise, though. In British Columbia, for example, the Civil Resolution Tribunal (‘CRT’) aims to relieve pressure on the senior courts by filtering out large volumes of small disputes. The free online service starts with mediation, and only moves on to litigation if this fails (in roughly 2% of cases). At the litigation stage, almost all disputes are handled solely on the papers, but parties may request an oral hearing by telephone or video conference.

The UK government, seeking to emulate the success of the CRT, has pledged £1 billion over six years to developing effective ODR procedures. It is now possible to apply for divorce and probate online, and the aim is to have all small claims handled electronically.

However, not all online court systems are a success. The Netherlands’ Rechtwijzer, for example, proved financially unsustainable and was shut down after just three years. One lesson from this, according to the Legal Standards Board, is that the success of ODR procedures is at least partly dependent on them being mandatory (as the CRT is), as participation drops off when the parties have an option to go via a different route.

There are also concerns regarding access to justice. Although in theory ODR should make justice more accessible, the need for consistent internet access and basic technology may exclude some members of society. Additionally, in most cases the starting point is self-representation, which could lead to confusion and injustice along the way.

Online courts generally involve human oversight – for example, by judges at the litigation stage of the CRT – but increasingly justice is also being meted out by purely ‘robot’ judges. While some ODR has been completely automated for some time (e.g. minor disputes on eBay and AliBaba), the role of artificial intelligence (‘AI’) looks set to expand.

In Estonia, for example, the government announced recently that it is building an AI robot judge to deal with small claims up to $8,000 in value. The idea is that the AI will be programmed in line with the relevant legal criteria, and then all court documents and evidence would be fed into it. After a short period of processing, the AI will provide a determination, which the parties can always appeal to a human judge. The hope is that this will streamline small claims, thereby easing the burden on the court system and minimising costs.

It is also hoped that AI will not lead to any drop-off in accuracy of decision-making. In 2016, academic researchers developed an AI that, after considering legal evidence and other data from 584 cases relating to torture and degrading treatment, was able to predict the result reached by the European Court of Human Rights (‘ECtHR’) correctly in 79% of cases. This was especially remarkable given the AI assessed both legal arguments and ethical considerations, based on the text of ECtHR judgments. Of course, a key advantage of AI is that it learns from both positive and negative outcomes, which in theory should lead to fewer errors as time goes on.

Such innovations are by no means a guaranteed success, though. For one, the proposed efficiencies may be defeated by the frequency of appeals to human judges, which may end up effectively being re-trials due to the difficulties in assessing the correctness of an algorithm. Moreover, while countries like Estonia embrace such projects due to a history of technological advancement and electronic filing, the transition may be less natural for other nations.

Given these potential difficulties, it is more likely that AI will be used primarily as a means of lessening the burden of excessive caseloads, rather than handling complex cases. AI could usefully be used to identify preliminary issues and triage claims, or even handle small claims, such as parking ticket appeals, in their entirety.

Thus, it seems likely that lawyers and judges do not need to worry about being terminated anytime soon but AI does look set to become a significant provider of legal services in the future, particularly with respect to small claims. Lawyers will have to adapt and learn to work with these new systems and, if they do so readily, AI should be beneficial not only to the legal profession but, more importantly, access to justice and the rule of law as a whole. 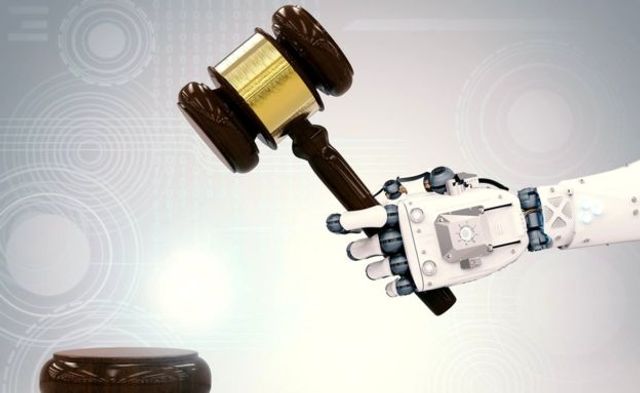