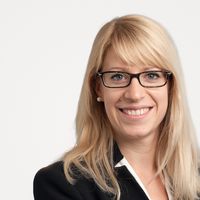 In the framework of its Digital Single Market (DSM) strategy, the European Commission on 10 April 2017 presented a roadmap towards a smooth, practicable and fair market system for Standard Essential Patent (SEP) licences.

This initiative aims to boost the development of 5G and the Internet of Things, which are key elements of Europe’s digital economy and its future competitiveness. Access to technology, which will be bolstered by a coherent framework for the licensing of SEPs, is crucial for the roll-out of enhanced digital communication.

Here is what you need to know about the Commission’s roadmap.

What is this initiative about?

The Commission aims to create a level playing field for SEP licensing in Europe to support the European digital economy and safeguard the EU’s position at the forefront of international technology standardisation. The Commission identified 5G and the Internet of Things (IoT) as particular areas of focus.

In order to achieve its goal the Commission will – based on further consultations and building on previous studies and interactions with stakeholders – develop best practice recommendations to increase transparency on SEP exposure and provide guidance in relation to the valuation principles under Fair, Reasonable, And Non-Discriminatory (FRAND) terms and the enforcement of SEPs to complement the European Court of Justice’s (the Court) landmark ruling in Huawei v ZTE.

The term “standard essential patent” refers to patent-protected intellectual property which is essential to the functioning of a “standard” technology. Standards are of great importance in our present-day economy as they allow interoperability between different technologies, spur innovation and facilitate the adoption of new technologies. For example, smartphones produced by different manufactures connect to the network via standardised wireless technologies such as 2G, 3G, 4G and wifi which rely on hundreds of patented technologies. Standards are either developed by formal Standard-Setting Organisations (SSOs), such as the European Telecommunication Standards Institute (ETSI), or by informal fora.

It is widely accepted that the inclusion of patented technology in a standard may be necessary to ensure the standard’s effectiveness, e.g. if the patent-protected technology is best/most advanced of its type. The creator of this technology should moreover receive an adequate return on investment for its R&D efforts. However, the inclusion of patented technology in standards can create certain issues, as it gives SEP holders significant power over companies which invest in standard-compliant products. SEP holders could seek to exclude competitors or extract excessive royalties (so-called “hold-up” practices).

In order to mitigate this concern, several SSOs require SEP holders to licence their intellectual property based on FRAND terms. The exact valuation of the SEP licence is however generally left to negotiation. In the absence of a more detailed framework, this often leads to disputes.

What are the key issues identified by the Commission?

In its roadmap, the Commission identified the following particular concerns in relation to SEPs:

- Transparency. There are no effective tools for potential licensees to identify and verify the relevant patents which they need to licence in order to implement the standardised technology in their products.

- Valuation. There are no widely accepted valuation methodologies and therefore no predictability of licensing fees. The application of FRAND terms does not provide much certainty given that the terms “fair”, “reasonable”, and “non-discriminatory” are not defined in detail.

- Enforcement. Disputes in relation to SEP licensing may give rise to high litigation costs and deter potential licensees from relying on standardised technologies. Uncertainty in the enforcement framework (to the extent not covered by the Huawei v ZTE judgment) furthermore undermines the capacity of SEP holders to enforce their IP rights.

What did the Court say in Huawei v ZTE and how is this relevant to the current initiative?

The judgment provides useful guidance on the enforcement of SEPs. However, it does not provide answers to more technical questions, such as the definition of “fairness” and “reasonableness” of licensing terms. This is left to the interpretation of national courts. Note, for example, that in a recent judgment, the UK High Court provided a detailed assessment of FRAND terms and concluded that Unwired Planet did not abuse its dominant position by seeking an injunction against Huawei for the infringement of certain SEPs used in mobile telecommunication standards.

The Commission specified in its roadmap that it wishes to provide more precise guidance in relation to (i) mutual obligations in licensing negotiations before recourse to injunctive relief; (ii) portfolio licensing; and (iii) the role of alternative dispute resolution mechanisms.

Why focus on 5G and Internet of Things?

In its roadmap, the Commission identified 5G and IoT as two key areas in which an efficient framework for SEP licensing is of particular importance. Here is why:

- 5G. SEPs are most prevalent in the telecommunications industry. Standards, which are often based on patented innovative technologies, ensure interoperability between networks and devices. The roll-out of a new network standard, such as 5G, is greatly facilitated by a clear framework for the licensing of relevant SEPs. The Commission has set the expeditious roll-out of 5G as a concrete goal of its DSM strategy. In the 2016 State of the Union speech, Commission President Junker specified that 5G deployment across the EU should be completed by 2025.

- Internet of Things. IoT refers to the interconnection and interaction of devices that we use in our everyday lives (from household appliances to cars) via the internet without direct human intervention. This large scale digital communication necessarily relies on standards to ensure interconnectivity and interoperability. The evolution towards IoT will increase the importance of SEPs in industries which are less familiar with Information and Communications Technology (ICT) standard setting and licensing of patented technologies. In order for the IoT economy to take traction, it is essential to establish a clear framework around SEP licencing in order to ensure that manufacturers are not dissuaded from producing and marketing smart devices.

What were the Commission’s previous initiatives?

The current initiative draws on previous engagement by the Commission with key stakeholders, through workshops, public consolations and studies. An overview of these initiatives can be found on the Commission’s website.

Interested parties have until early May to comment on the Commission’s roadmap and the Commission is expected to further consult stakeholders before issuing its recommendations. The Commission has been urged to carefully reflect the interests of all stakeholders, e.g. by the Fair Standards Alliance (FSA) which represents companies such as Google, Intel, BMW and Volkswagen. 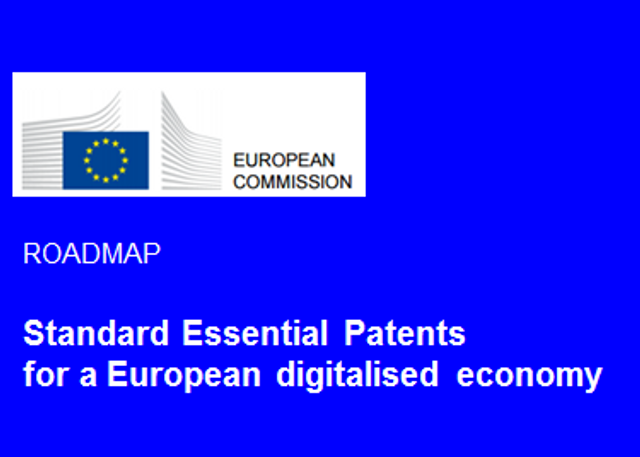