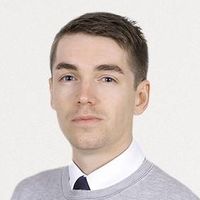 While uncertainty remains over the terms of the UK’s exit from the EU, the effect of Brexit on London’s Fintech sector is unclear.

On the one hand, London’s profile as the Fintech capital of Europe owes much to its wider standing as a commercial and financial hub. Any downturn for the City is likely to have corresponding effects on Fintech. Brexit could also have a chilling-effect on UK-based innovation, with large financial institutions seeking to protect their core businesses to the detriment of innovation. There may also be a brain-drain, with rival Fintech hubs (notably Berlin) looking to establish themselves as the primary destinations for departing Fintech firms and UK-based companies having a reduced talent-pool from which to recruit.

At this stage, it is the possible loss of passporting for financial services firms that is the most substantive risk to UK Fintech. Half of attendees at the recent Innovate Finance conference revealed that they rely on the EU passporting regime. London-based money transfer firms in particular would be severely impacted by any restriction on UK institutions clearing Euro-denominated securities. Azimo and TransferWise have both talked of relocating their headquarters.

There are also reasons why Fintech may be sheltered from the effects of Brexit. Smaller firms in particular, whose core business is innovation, will continue to innovate and may be well placed to adapt to a changing marketplace. UK regulators have also been keen to encourage innovation in financial services, and there is no reason to expect a change to this outlook once outside of the EU.

In fact, any loosening of the existing EU regulatory regime may work to the benefit of UK-based innovation. During the FCA's 'sandbox' consultation process, EU regulation was identified as a limiting factor in a number of instances. A reduction in such regulation may allow for both UK-based firms, and the FCA itself, to become more innovative - not least through increased testing in the regulatory sandbox.

London’s success as a Fintech hub may be said to owe itself to factors beyond the EU, including shared language and culture with the US, tax relief for Fintech startups and a tradition of technological advancement.

In any event, much of the above is dependent on the precise nature of Britain's departure from the EU. The Fintech sector, like so many industries, is in the midst of a watching brief.